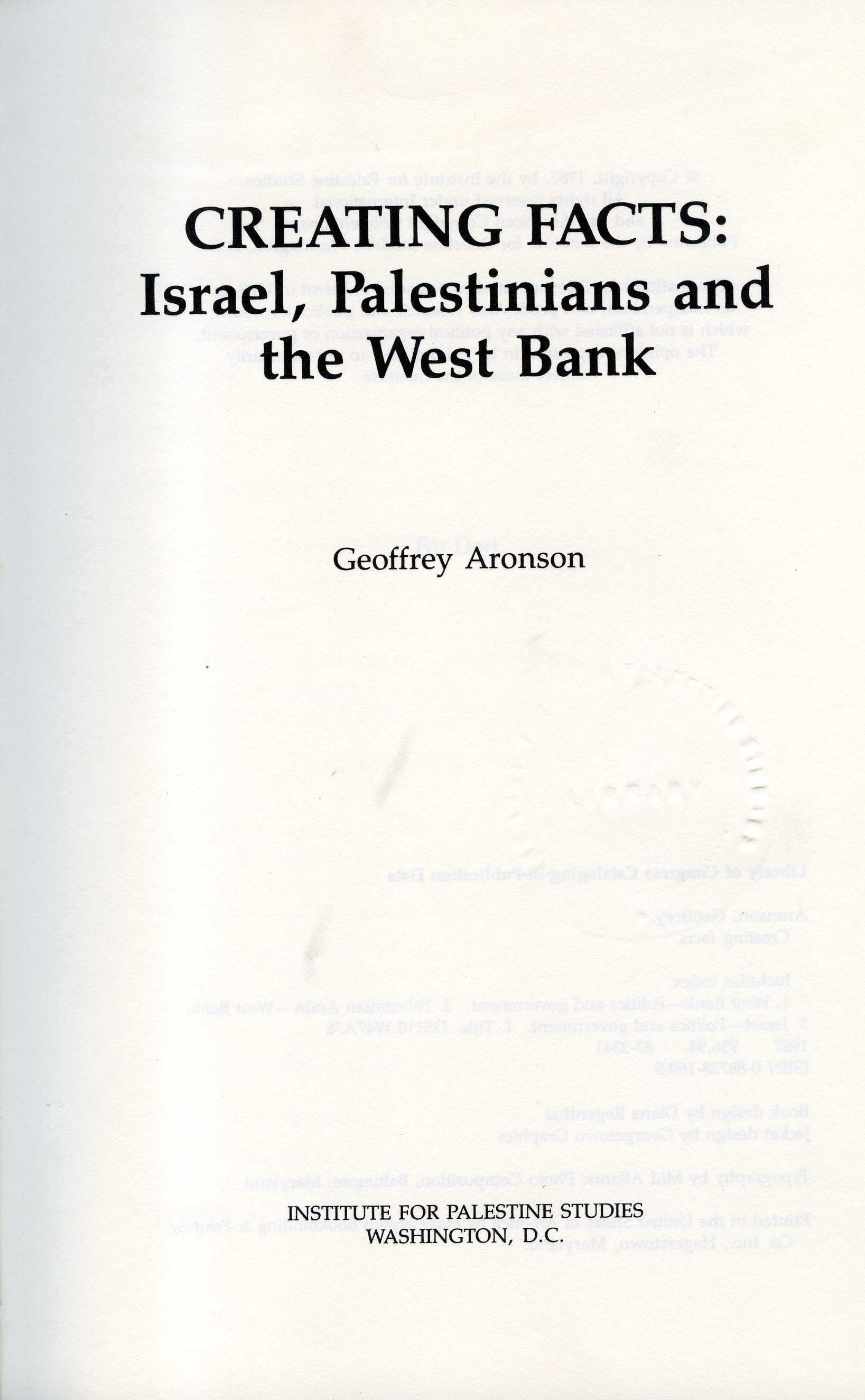 Revised edition published under title: Israel, Palestinians and the Intifada: Creating Facts on the West Bank.

The future of the occupied territories is central to the resolution of the Palestine problem and the Arab-Israeli conflict. But although much has been written about the territories since their capture in 1967, there has been no comprehensive book covering the dynamics of interaction between Israeli policies and Palestinian responses.

Creating Facts is such a book. Concentrating on the West Bank, it was written from firsthand observation and original sources by an Oxford-trained scholar and journalist. On the Israeli side, the author explores the push and pull of competing factions and personalities and their impact on occupation policies. On the Palestinian side, he chronicles the evolution of the Palestinian reaction to these policies, from the angry passivity of early stages of the occupation to the increasing politicization and growing popularity of the PLO.