The 1987 Intifada: History and Memory 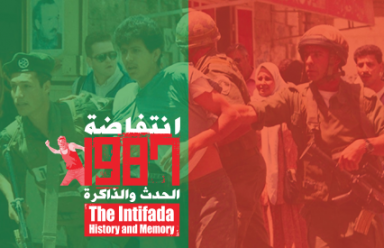 Commemorating the Thirtieth Anniversary of the Popular Palestinian Uprising against the Israeli Occupation   On December 9, 1987, a wave of popular demonstrations against the Israeli occupation broke out in the Gaza Strip and the West Bank, soon turning into an organized popular uprising with unprecedented momentum and sustainability. The attempts to suppress the movement by the Israeli military occupation only intensified the resilience of the Palestinian population. The Palestinians invented creative ways to meet the challenge. They innovated political, social, and cultural forms of defiance to express their deep desire for freedom, enabling an international wave of popular solidarity and identification with their cause. The Intifada came as a great surprise to many observers, including Israeli leaders, regional and global public opinion, and the Palestine Liberation Organization (PLO) leadership. The Intifada attracted wide international media attention, which culminated with the entry of the Arabic word “Intifada” into the international lexicon. The Intifada stripped Israel of its fig leaf and image of a benign occupier.  Many believe that the Intifada forced the Israeli leadership to accept the principle of negotiations over the status of the occupied territories and to recognize the PLO. Revisiting the Intifada is of particular significance today given the failures of negotiations and the worsening political, economic, and security conditions of the Palestinians under occupation, which have given rise to new forms of resistance. The conference aims to address several questions: How might we conceive of the Intifada thirty years after the event? How does Palestinian collective memory shape the understanding of the Intifada? What were the causes for the uprising, and why did it gain a wide popular base? What impact did it leave on society, culture, and politics and on the image of the Palestinians worldwide? Does the Intifada have any exceptional characteristics, or can a similar uprising take place again and lead to different results? 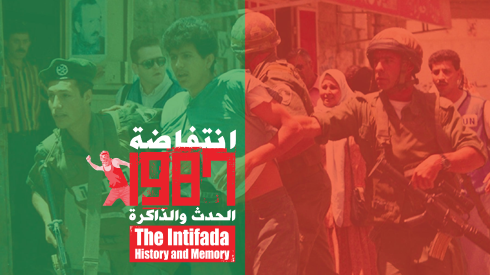 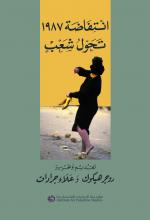