In October 1944, Musa Alami, a Palestinian lawyer and leading political figure arrived in Egypt. He was on a mission to represent Palestine at the Arab League’s preparatory conference, held in the city of Alexandria, which eventually led to the League’s formation.

The idea for the conference and for an organization of Arab states had come at a time when these nations were gradually gaining political independence from French and British colonial rule. Its ethos, however, was not new. The idea was, in a sense, a materialization of a regional spirit of Arab unity that had been in the making for decades.

Alami had only been informed about the conference and his selection as Palestine’s representative a few days before it convened. Consensus amongst Palestine’s political parties in the Mandate era was a rare occurrence, but nevertheless single representative was chosen. “He was,” the parties agreed, “the only leader of the requisite caliber who belonged to no party and could therefore represent them all.”

Alami’s background as a member of a notable and affluent Jerusalem family, his education at Cambridge, his expertise as a practicing lawyer, and his esteemed position in the eyes of Arab and British politicians, were all elements that solidified support for his mission among the Arab Palestinian elite and across the Palestinian political party spectrum. 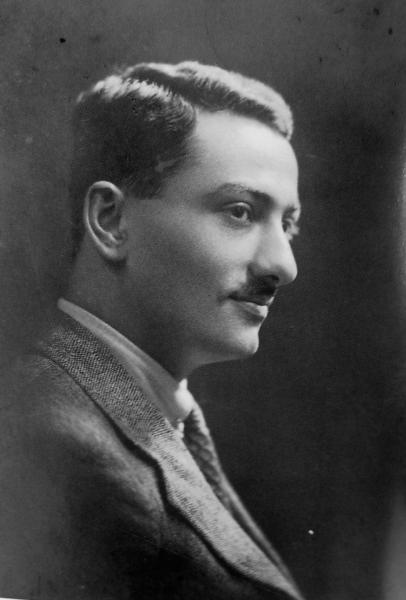 Musa al-Alami in 1918, in Jerusalem, before his departure to Cambridge to study law

Though Alami initially refused the proposal to attend the conference in Alexandria, it was clear that he did not have much choice. Realizing that the relative calm after the 1936-39 Revolt would not last, Palestinians urgently needed to verbalize their demands for an Arab state, and the conference was the prime platform to do so. The task, therefore, was imperative. And he was the only person deemed fit for it.

When he arrived in Egypt, Alami was met with unanticipated obstacles. Mustafa Nahas Pasha, Egypt’s then-prime minister and conference chairman, informed Alami that he could not represent Palestine. The reason, Nahas Pasha claimed, was that Palestine “needed no delegate since all delegates […] represented her.” He later admitted that the decision was made as a result of coercion by Britain, which did not want to “antagonize” the Zionists. This was a clear indication that at this time nominally independent Egypt was still under the thumb of the Western colonial powers, as were most other Arab countries.

After several conversations with Nahas Pasha and King Farouk of Egypt, Alami met with Lord Moyne, the British minister of state in the Middle East (who was assassinated a month later by the Zionist paramilitary organization Lehi) and with Brigadier Sir Iltyd Clayton, a British intelligence officer who was closely involved with the formation of the Arab League.

Alami persistently debated with the two British officials who eventually agreed to allow him to attend the conference’s last session, on the condition that he would represent not all of Palestine but only Palestine’s Arabs. It was clear to Alami that the British were orchestrating the Arab League’s decision-making at the time. 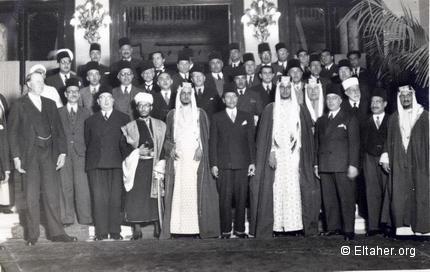 Photograph of delegates and representatives at the 1944 Alexandria Conference.

Musa Alami, Palestine’s delegate, does not appear in this photograph.

Alami’s disillusionment was exacerbated when, at the moment of his entry to the session, the chairman requested that his remarks be stricken from the official record. The demands of the Palestinians, it was decided, could be heard but not documented. Despite this, Alami proceeded to deliver his speech and made two key proposals

The first was to establish an Arab media presence in the main Western capitals. His time in England and his wide network of American acquaintances had made Alami cognizant of the extent of the power of Zionist propaganda in the West. Challenging this propaganda effort would only be possible using a counter-media scheme. He thought that was necessary in order to gain the support not only of policymakers but also of public opinion.

His second proposal was to establish an Arab League fund that would be dedicated to the development of Palestine’s rural villages, especially as land acquisition was a central focus of Zionist efforts at the time. Poor economic conditions had left many Palestinian villagers with no choice but to sell their lands to buyers whom Alami feared would be Zionist organizations. By establishing such a fund, he believed Palestine’s rural population could be convinced to turn their lands into inalienable family waqf properties, and thus prevent their loss.

At the conference, the Arab states agreed to allocate £2 million to the media offices and £5 million for the establishment of the Arab Development Society which would ensure the welfare of rural Palestinians and improve village conditions in Palestine. The Society was also supposed to provide vocational training to Palestinian youths. It did not take long, however, for Alami to realize that these countries were paying mere lip service to the Palestine question: money was never forthcoming except from Iraq, which pledged £250,000, but withdrew its funding when it realized that no other country had contributed to the effort. This was an early sign of the negative impact of inter-Arab rivalries on the Palestine cause. A “tireless fundraiser,” Alami eventually used the remainder of the fund, some personal capital, as well as international support, to maintain the Society.

Today, the Arab League’s ineffectiveness in the quest for Palestinian rights is hardly a matter of debate. It is a well-known fact. The same elements that prevented it from being effective in Alami’s day still persist: the pernicious and overweening influence of the great powers over many Arab regimes, and constant petty rivalries between them. This episode, however, invites us to assess the League’s failure not as a tangential or unforeseen occurrence, but rather as a failure by design. “Off the record” was the only way Palestinians could verbalize their demands to the Arab League at the very moment of its foundation. It was, in a sense, a prelude to the paternalistic and ineffectual attitude that Arab states espoused towards the Palestinians and that would shape their deliberations regarding the Palestine question for decades to come.

*This account is largely based on Musa Alami’s 1969 biography. See Geoffrey Warren Furlonge, Palestine is my Country: the story of Musa Alami (Praeger, 1969).