The Reality of Jerusalem's Palestinians Today 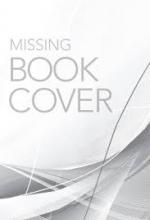 At the beginning of this useful and thought-provoking report, the author raises the central question of defining Jerusalem, noting that "when a Palestinian or Israeli speaks of 'Jerusalem,' he or she might be referring to at least seven different physical entities" (p. 1).

As the reader ponders the data presented from a number of surveys conducted by the Jerusalem Media and Communication Center (JMCC) from 1995 to 2000, a related question emerges: who is this endangered species we call a Palestinian "Jerusalemite" and what is the relation between mere geography and lived community? A demographic example of the problem is found in the appendix, when we discover that the sample in a 1999 JMCC survey of attitudes and opinions of Jerusalemites is, in fact, composed of 60 percent villagers, 11 percent residents of refugee camps and 30 percent (less than a third) urban-dwellers. "Jerusalem" thus seems leached of its historic identity as a city - indeed a city among cities - and a unitary notion of a "Jerusalemite" is immediately challenged.

Although the report usefully contrasts residents living inside the municipal boundaries with those living outside them, in the 1999 Jerusalem sample (but not in others), problems of definition remain basic; and it is one of the strengths of the study that it allows us to recognize and consider them. On the technical level, the need for Palestinian social scientists and statisticians to discuss a range of research, methodological, and sampling issues is clear - however, as with all issues pertaining to Jerusalem, neither the problem nor the solution is purely technical.

For example, the census data of the Palestinian Central Bureau of Statistics (PCBS) largely excludes what is called the "J1" area of Jerusalem - in fact, the city core of East Jerusalem. This exclusion is, unsurprisingly, due to political factors: Israel's ban on the Palestinian Authority (PA) operating in Jerusalem. However, PCBS's tendency to present census data without noting (or downplaying) this important exclusion is also broadly political and may lead to some misinterpretation of its findings, particularly when urban populations and households are considered. It is these fragmentations - whether methodological in research or social, communal or geographic on the ground - that are important to understand in considering the "reality of Jerusalem's Palestinians today" - and, hopefully, to counter them.

In the other surveys directed at West Bank, Gaza, and Jerusalem respondents, the Jerusalem sample is unfortunately too small (between 64-72 respondents) to offer any sense of conclusive differences. Distinctions between the West Bank and Gaza, however, can be quite interesting.

Utilizing data from various surveys, the report examines a number of key questions - from the impact of closures to the PA's performance in "caring about Jerusalem" to the preferred solutions for Jerusalem - directed at West Bank, Gaza and Jerusalem respondents. It also includes a range of questions directed to Jerusalem residents only - including expectations of level of health care under the PA and willingness to switch from Israeli to Palestinian health insurance, quality of Israeli municipal services and attitudes towards working with the municipality, and identification of the main problem facing Jerusalem residents.

Overall, an almost general consensus emerges about the importance of Jerusalem: with over 95 percent of West Bank and Gaza residents in 1999 objecting to Jerusalem as the unified capital of Israel, even if it were the last obstacle to a peace agreement (p. 97); and 59 percent of West Bankers and 68 percent of Gazans in June 2000 calling a Camp David-like "compromise" on Jerusalem "bad and unacceptable" (p. 100). Almost half (46 percent) of West Bank and Gaza residents in 1999 thought Jerusalem was the most important issue facing the Palestinian people today, while settlements were chosen by slightly less than a third (31 percent) and refugees by a low 15 percent (p. 96).

However, when envisioning a preferred solution for Jerusalem or when dealing with real interests on the ground, sharper differences were articulated. Indeed, Jerusalem residents in particular express opinions and choices that seemed somewhat contradictory: although most were in favor of continuing the boycott of Jerusalem municipal elections, a strong 84 percent (and an overwhelming 92 percent of respondents inside municipal boundaries) favored working with the Israeli municipality to try to improve services and daily life (p. 91). A surprisingly high 60 percent of these Jerusalemites rated Israeli municipal services serving the Palestinian population as good, very good, or satisfactory (p. 82).

The disaffection of Jerusalem Palestinians - and their interest in advocating their interests with the municipality - are taken by the author as indications that Palestinians in Jerusalem are in an "impossible predicament," whereby they have been "doubly abandoned by both the Israeli government and the PA in terms of actual support for remedying problems of daily life" (p. 101).

While this is a reasonable assumption both from data and circumstance, she reads the underlying negative dynamic as the longer-term "political strategy of non-recognition" (p. 69) waged by the PLO and the Palestinian national movement since 1967. The key elements of this strategy in Jerusalem were, and are, the boycott of municipal elections, refusing Israeli passports, freezing other forms of local election (like the Chamber of Commerce), and rejecting formal dealings with Israeli institutions, including the municipality.

Here, she has both identified an important issue for debate and discussion and accredited it with all ills and no gains: Is it really the case that this strategy alone allowed Israel to "expropriate one-third of privately owned Arab land" (in Jerusalem) or to "create master plans for Arab towns that allow for nearly zero, or in some cases negative growth?" (p. 69). Or conversely, could a better strategy have prevented these negative developments?

These are not rhetorical questions and Rouhana's excellent review of Israeli demographic and planning policies in Jerusalem, utilizing several recent studies, is evidence of the historic and present need for a more sophisticated strategy to counter the potent brew of legalisms, illegality, and sustained political will that characterize Israeli strategy to transform Jerusalem. While Palestinian strategy since 1967 has obviously spurred both nationalist sentiment and national resistance, its frequent failures to address these transformations on the ground - whether settlements or the erosion of Arab Jerusalem - through more detailed, context-specific strategies and tactics is palpable, and reappraisals are welcome.

However, these reappraisals will be most useful if they do not mirror the flaws of reductionism criticized in prevailing strategy. While Jerusalem Palestinians may indeed be "caught in the crossfire," it seems a false symmetry to conclude that: "Neither side, really, had the genuine interests of the Arabs of the city at heart" (p. 101).

The urgency of a reappraisal is perhaps best attested to by the fragmented opinions of Jerusalem Palestinians, and West Bank and Gaza residents as well, when asked the critical question of their preferred option for Jerusalem in 1999 polls. The diversity of opinion expressed can be read several ways: whether as a healthy diversity of opinions; a warning signal of danger to national unity on Jerusalem; or sheer confusion as respondents contemplate the difference between a choice for "East Jerusalem as capital of the Palestinian state and west Jerusalem [sic] is capital of Israel," and a choice for "Jerusalem is an open city and a capital of two states" - or between "Jerusalem is the capital of Palestine" and "Jerusalem is the unified capital of Palestine." Future questions should perhaps pare down the profusion of choices in the interest of greater clarity.

The fragmentation of opinion reflects the current fragmentation of solutions, and perhaps the fact that the Palestinian slogan, "an independent state with Jerusalem as its capital," provides a rallying point - but not a strategy - to guide an emerging nation and actual communities in resisting Israeli transformations in the lived realities of Jerusalem today. Scholars and activists alike will find Rouhana's report a useful starting point to consider, and address, these realities.

1 The report makes a distinction between respondents living in refugee camps and not, which would be interesting except the camp sample is too small (at 25 respondents) to make the comparison valid. 1 Figures cited in the text (p. 99) for these options are higher but rely on an August 1999 poll in which only 70 Jerusalem respondents are represented. The Jerusalem poll of October 1999 cited above comprising 474 Jerusalem respondents, is thus more reliable.