Hass: Reporting from Ramallah: An Israeli Journalist in an Occupied Land 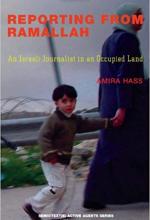 Penny Johnson is an associate researcher at the Institute of Women’s Studies at Birzeit University and director of the Palestine office of the Palestinian-American Research Center.