This article examines depictions of Palestine from above in the form of maps, high-elevation drawings and paintings, and aerial photography. Tracing the representations of Palestine from the mid-nineteenth century until the early twentieth, we explore how the imposition of a biblical landscape, supported by modern mapping surveys and the latest biblical scholarship, came to re-shape the Holy Land in the British imagination. Moreover, the imposition of an ancient past largely erased the modern landscape, forcing it to conform to set images of Palestine as it was and must be again. Looking at a variety of media allows us to see common images and tropes, with the landscape of aerial photography made to conform to a biblical vision that emerged from mapping surveys. A British biblical self-identification that often went hand-in-hand with settling Palestine with Jews, and increasing imperial interests and involvement in the region, created a form of imperial eschatology, fed and supported by these depictions of the Holy Land that blurred the lines between the past, present, and future. 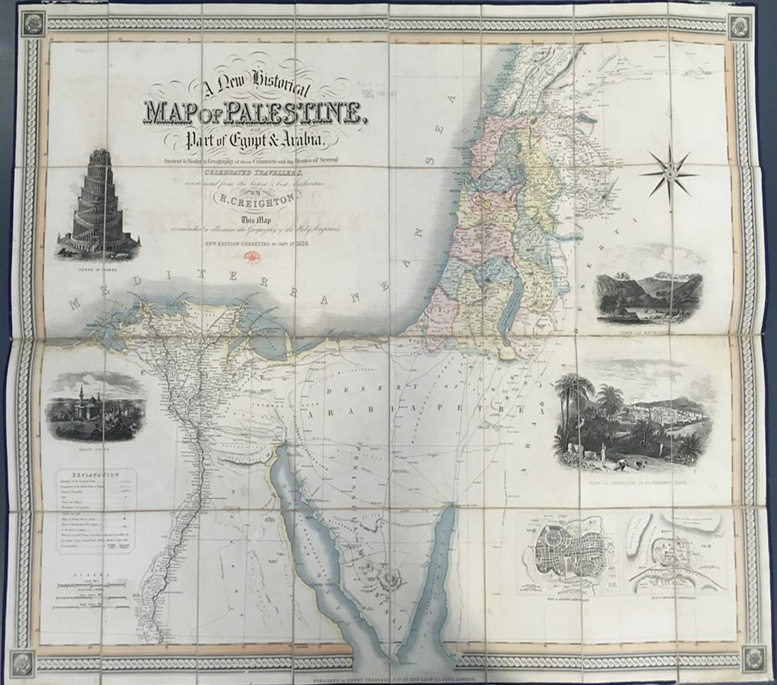