River without Bridges: A Study of the Exodus of the 1967 Palestinian Arab Refugees 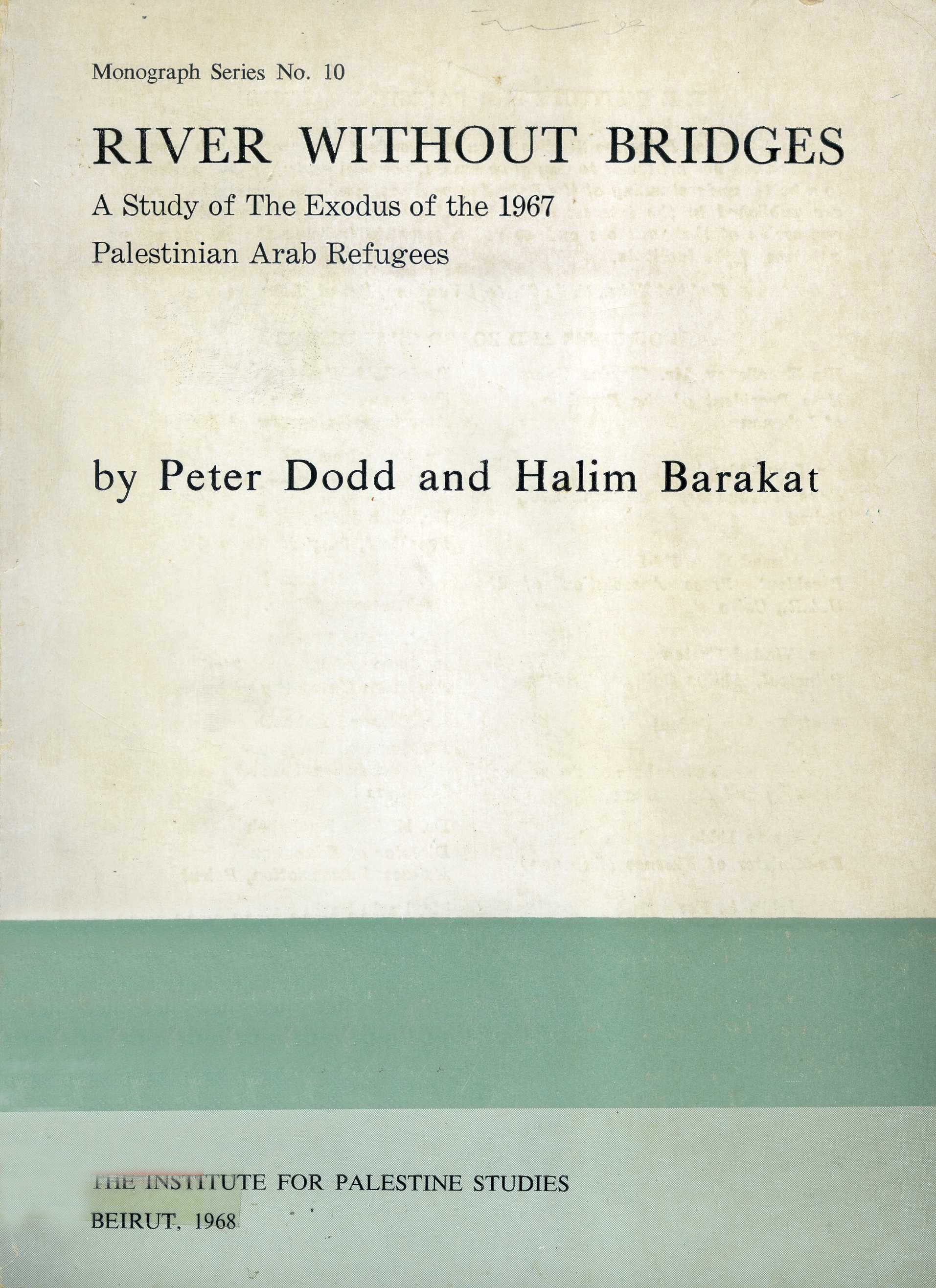 A survey of the situation of refugees in Jordan and their reasons for leaving the West Bank during the war. The monograph is based on field research and interviews with refugees.

Peter Dodd received his Ph.D. in sociology from Harvard University in 1962. After teaching at McGill University and the University of Michigan, he spent the year 1965-66 in Cairo engaged in research on Egyptian youth. In 1966 he joined the faculty of the American University of Beirut, where he was Associate Professor of Sociology and Chairman of the Department of Sociology and Anthropology. He has received research grants from the Social Science Research Council and the Canada Council. His articles have appeared in the Journal of World History, Middle East Journal, and Middle East Forum.

Halim Barakat, an Arab scholar, received his Ph.D. in social psychology from the University of Michigan in 1966. Between 1964-66 he was an Assistant Study Director at the Institute for Social Research, University of Michigan, Ann Arbor. There he worked, and co-authored a monograph on teachers’ professional roles, their feelings of alienation, and diffusion of innovations into school systems. In 1966 he joined the faculty of the American University of Beirut, where he was an Assistant Professor of Sociology. He is professor at Georgetown University. He is also a writer of fiction and has published two novels and a collection of short stories in Arabic. Some of his short stories have been translated into French and German.