The Palestine Deception, 1915–1923: The McMahon-Hussein Correspondence, the Balfour Declaration, and the Jewish National Home 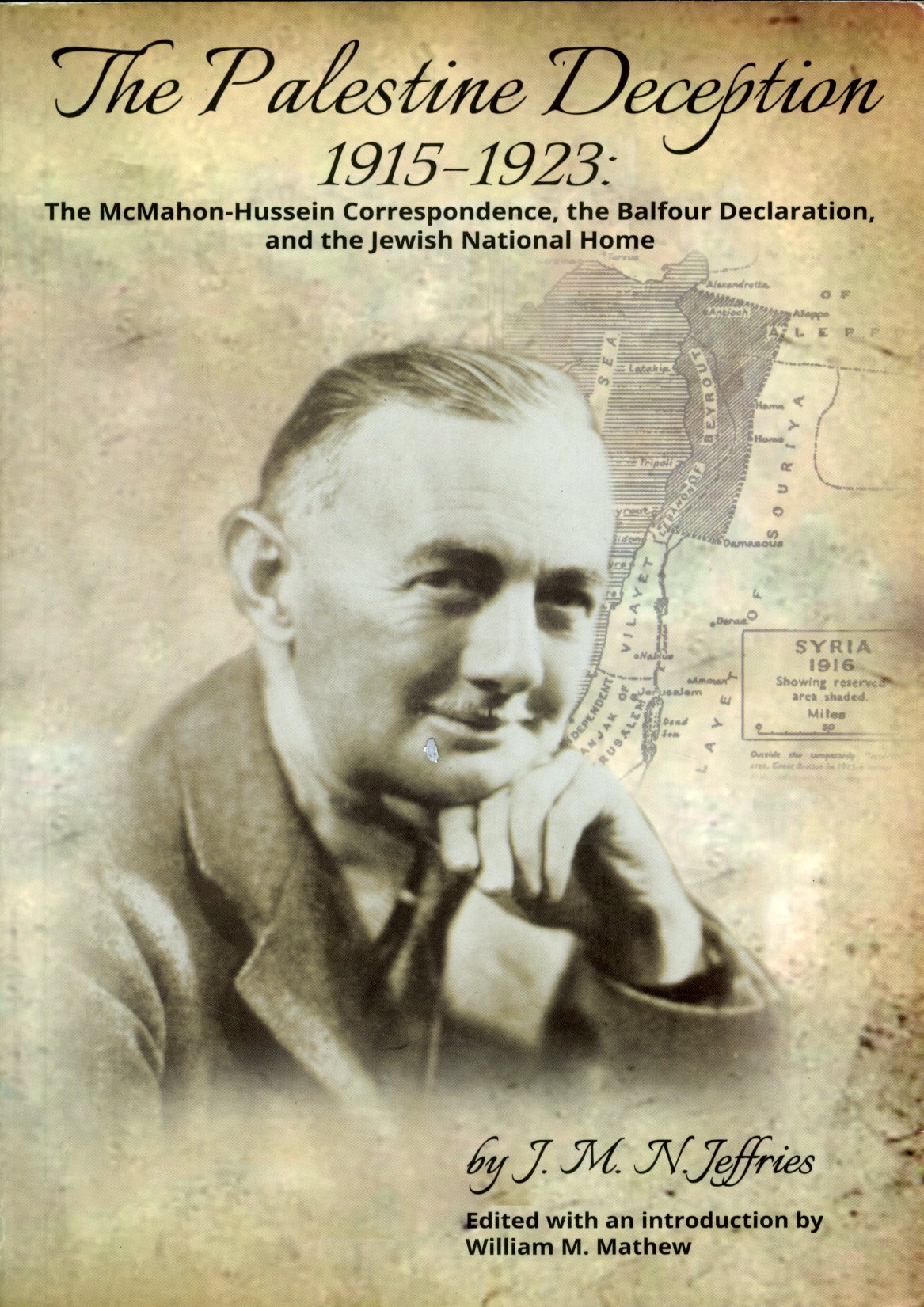 -> Click here to buy this title as an eBook from Amazon.com

J. M. N. Jeffries, formerly a war correspondent in Europe and the Middle East, working for Britain’s largest-selling newspaper, the Daily Mail, was sent to Palestine in 1922 by its owner, Lord Northcliffe, to report on its developing political and economic affairs—just five years on from the Balfour Declaration and its promise of British support for the establishment in Palestine of a Jewish national home. A Zionist Commission had arrived there in April 1918 and working, often tensely, alongside British military and civilian authorities, had succeeded in setting up a nascent Jewish polity—the nature and implications of which Jeffries sets out to appraise.

Jeffries’ articles, reproduced in full here for the first time, highlight Britain’s duplicity in its dealings with the Arab population of Palestine—arguing that clear, written pledges of Arab political independence, offered in 1915–16 as a means of gaining Arab military support in the war against Germany and her Ottoman ally, had been decisively contradicted by the terms of the Balfour Declaration in 1917: thus “The Palestine Deception.” Providing, for the first time, a public translation from the Arabic of pertinent extracts from the diplomatic correspondence—something that the British government itself would not allow until 1939—Jeffries caused a considerable stir in political circles in London, prompting senior members of the House of Lords to ask that the government revise the terms of its commitment to the Zionist project in advance of the forthcoming final settlement by the League of Nations of the Mandate for the territory.

Writing with lively wit and telling irony, Jeffries offers a vivid contemporary snapshot of Palestine in the early 1920s. The circumstances of Jewish life there, both indigenous and immigrant, are set out in fine detail, although it seemed to him highly improbable that Britain could contrive any long-term alliance with the Zionist movement that would advance its own imperial interests in the Middle East and beyond.

William M. Mathew is a Senior Fellow in History, University of East Anglia, U.K. His previous books include The House of Gibbs and the Peruvian Guano Monopoly (1981; Spanish edition in 2009); Edmund Ruffin and the Crisis of Slavery in the Old South: The Failure of Agricultural Reform (1988, 2012); Agriculture, Geology, and Society in Antebellum South Carolina: The Private Diary of Edmund Ruffin, 1843 (1993, 2012). As part of his current project on the British political and imperial contexts of the Balfour Declaration and Palestine Mandate, 1917–23, he has published articles in the Journal of Palestine Studies and the British Journal of Middle Eastern Studies.