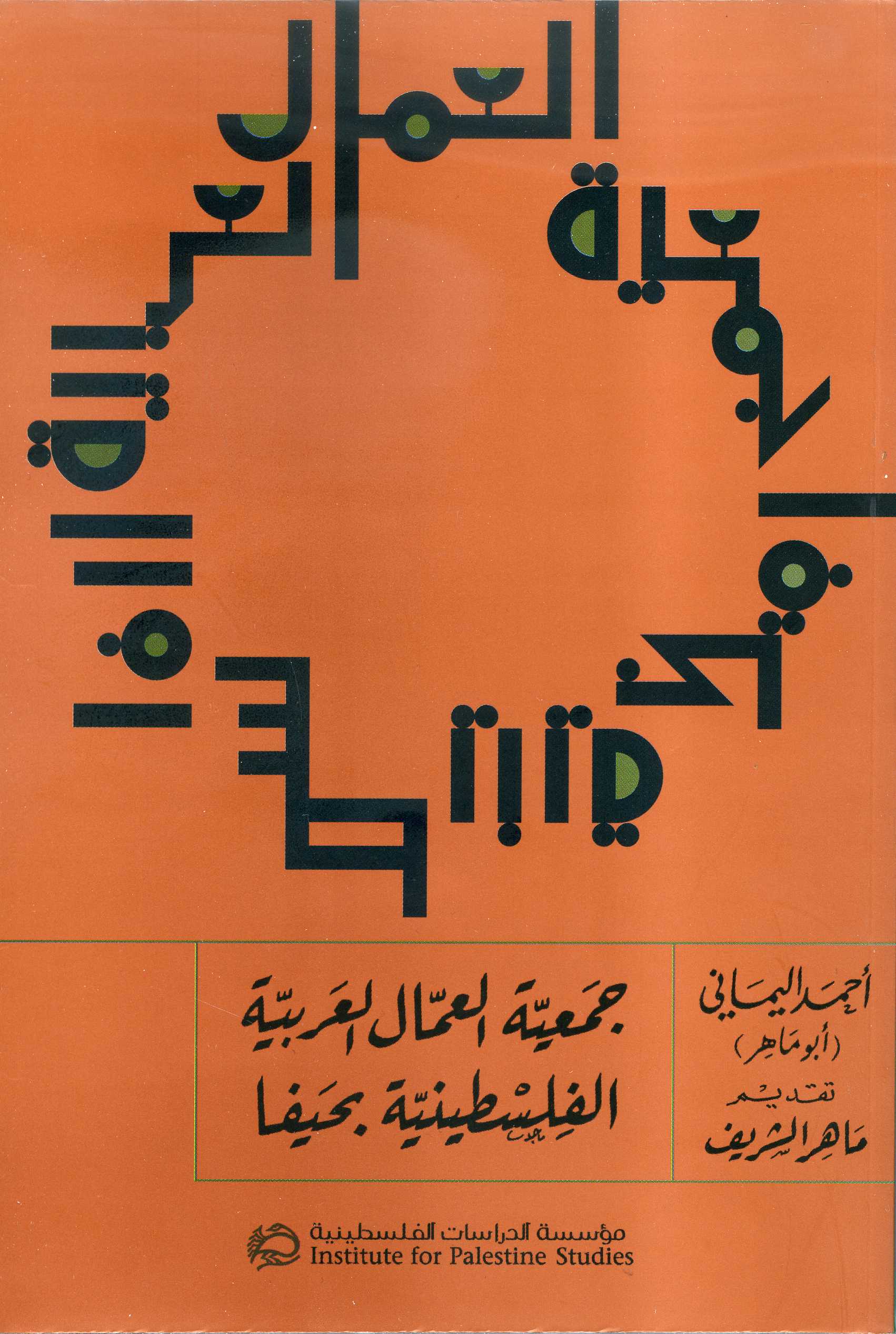 In the preface to his book, Ahmad Al Yamani (Abu Maher) states the goal behind writing it. He writes: “due to the big role played by Palestinian workers and Arab peasants in the struggle of our people, it occurred to me to write several pages about their struggle within the framework of the “Arab Palestinian Association” … it is my hope, while writing from within that experience, re-living the struggle of workers and peasants within the ranks of “Arab Palestinian Association” and experiencing their agony in their working places, to succeed in raising awareness about that struggle and suffering, and to contribute to the process of historical communication between different generations… however, the ultimate verdict lies in the  hands of thoughtful readers, critical historians as well as  researchers acquainted with the creation and development of the syndicate’s  movement in Palestine…”.

Ahmad al-Yamani (Abu Maher), served as Secretary of “Arab Palestinian Association- Yafa branch” (1943- 1948). After that, the Israeli authorities deported him to Lebanon early in 1949, where he participated in establishing the “Association of UNRWA’s Palestinian Teachers” and was later elected as its Secretary. In addition to that, he participated in establishing the “General Union of Palestinian Workers” (1963) and was elected its Deputy Secretary. During the fifties of 20th century, he was a co-founder of, and a prominent leader in, the “Pan Arab Movement” in Lebanon. He played a key role in establishing the “Palestinian Front for the Liberation of Palestine” in December 1967 and remained as one of its leaders until late 1991. Throughout those years, he represented PFLP in the Executive Committee of the Palestine Liberation Organization.

Maher Charif, Palestinian historian and a full-time researcher at the Institute for Palestine Studies.