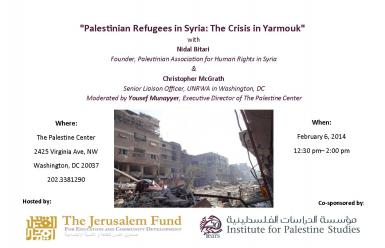 Nidal Bitari, a former resident of Yarmouk and founder of the Palestinian Human Rights Association in Syria, and Christopher McGrath of the United Nations Relief and Works Agency for Palestine Refugees in the Near East (UNRWA) discuss the rapidly deteriorating situation in Yarmouk Camp, home of the largest Palestinian population in Syria, in Damascus due to the current siege on the camp. They present the impact of the civil war on Palestinian refugees in Syria, who are increasingly caught in the midst of the violence between government and opposition forces. 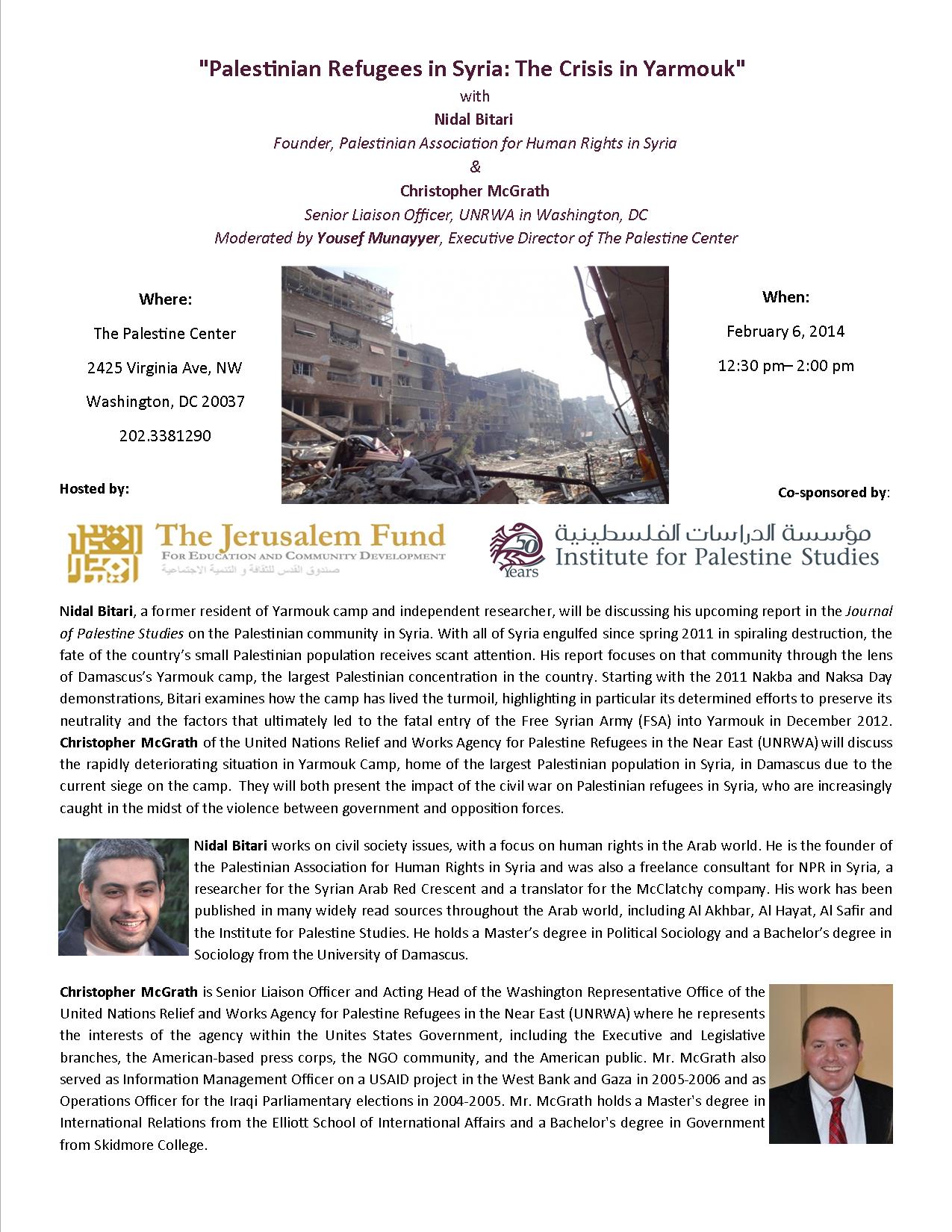