The Situation and Future of Area C and the Jordan Valley 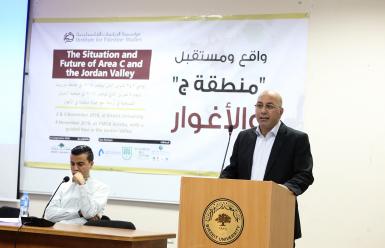 Large scale annexation of Palestinian land has gained attention recently. More specifically, there is considerable discussion among Israeli parties about the necessity of annexing Area C and all of the Jordan Valley. Still, others have suggested annexation of all of the West Bank. This discussion emerges from a context of deepening settler-colonization of the West Bank, Jerusalem, as well as the distortion of the natural and human landscape. This colonization is taking place in the context of the obstruction of the Oslo process and its transformation into a sustainable structure of Israeli hegemony, in addition to the inability of the Palestinian leadership and Palestinian political and civil society to create viable alternatives that challenge this reality. Perhaps, what is happening in the Jordan Valley and Area C is as important as the question of the Palestinian struggle itself and the situation in Jerusalem. For Palestinians, the Jordan Valley and Area C mean geographic contiguity, sovereignty, and control over any future border as well as for Palestinian national security. The natural resources of these two regions provide the breadbasket of Palestinian society and the future Palestinian state. Despite that fact, the subject of the Jordan Valley and Area C has not garnered the attention that it deserves from community activists, media outlets, or development organizations.
In 2012, the Institute for Palestine Studies brought the situation of the Jordan Valley and Area C to light with its annual conference on the situation of the Jordan Valley and contributed to the increased attention of this central part of the Palestinian struggle. The conference papers covered various dimensions of the situation including its related demographic, geographic, economic, security and ideological struggles. Papers also highlighted various modes of popular steadfastness, the positions of international state actors, and the possibilities of national development. However, the reality of colonization, dangerous political developments, and the regional, national, and local struggles, have only bolstered the Israeli extreme right-wing in their demands for annexation. This situation is exacerbated by the distorted and divisive Palestinian positions that have weakened the visions for the future.

Abd Al-Rahman Al-Tamimi: Holds a MS and Ph.D. in Engineerıng and MA in International Studies. He is part-time lecturer at Al-Quds University and the Arab-American University. He has several publications on water security.
Ahmad Huneiti: Holds a masters in Sociology. He has published on Bedouin and rural communities in Palestine. He works as a researcher in the Institute for Community and Public Health, Birzeit University.
Ahmed Ezz Eddin As`ad: Researcher, holds masters in Contemporary Arabic Studies and in Israeli Studies from Birzeit University.
Aseil Abu-Baker: Holds a JD and is a practicing Attorney in the United States. She currently serves as a Political Affairs Officer with the United Nations in Libya.
Aysar Tu`meh: Researcher at the Palestinian Central Bureau of Statistics.
Ethan Morton-Jerome: Holds a Ph.D. in Anthropology from the University of Arkansas, with research interests in labor, political economy, and Palestine. He currently resides in Amman, Jordan.
Fayruz Salem: Ph.D. student in the Social Sciences Graduate Program at Birzeit University. She holds a masters degree in International Studies, and is a researcher in the field of everyday life in rural and marginalized areas.
Ihab Maharmeh: Researcher at the Arab Center for Research and Policy Studies, Doha. He obtained a second masters degree in Public Policy from the Doha Institute for Graduate Studies. He recently published a study on the experience of Palestinian technocrats in Siyasat Arabiya.
Khalil Toufakji: Geographer, holds a masters degree in Geographic Information Systems from the University of ArizonaTuscon. He is the director of the department of maps and GIS in Bayt al Sharq. He has published numerous geographic studies on Palestine.
Manar Younis: Holds a masters degree in Planning and Political Development, and is currently working at the International Relations Department in the Palestinian Liberation Organization (PLO).
Marya Farah: Consultant on international human rights law and advocacy. She holds a JD and a master's degree in Public Policy.
Moayyad Bsharat: Holds a Bachelor's of Veterinary Medicine. He heads the projects and program unit at the Union of Agricultural Work Committees. He has worked in the field of humanitarian aid and sustainable development with farmers in Area C since 2010.
Mohanad Mustafa: Holds a Ph.D. in Political Science from Haifa University, and is a university senior lecturer. He is the general director of Mada Al-Carmel: Arab Center for Applied Social Studies, Haifa.
Munir Fakher Eldin: Assistant Professor in the Department of Philosophy and Cultural Studies, and the Director of the M.A. Program in Israeli Studies at Birzeit University. His research interests include the history of land tenure in Palestine and modern social history in Bilad Al-Sham.
Nafir Massad: Researcher at the Palestinian Central Bureau of Statistics.
Rassem Khamaisi: Urban and regional planner and geographer, specializing in urban and rural geography. He is a Full Professor in the Department of Geography and Environmental Studies at the University of Haifa. He is also the head of the Center for Planning and Studies (CPS), Kufr Canna.
Rawiya Alawneh: Researcher at the Palestinian Central Bureau of Statistics.
Runa Johannessen: Architect. Assistant Professor at The Royal Danish Academy of Fine Arts, School of Architecture (KADK). Research areas include architecture as a political tool, specifically focusing on occupied Palestine, and the Danish welfare system.
Salwa Massad: Research manager at the Palestinian National Institute of Public Health. She holds a PhD in Population Health Sciences from the University of Wisconsin-Madison.
Stephen P. Gasteyer: Associate Professor of Sociology at Michigan State University. His research focuses on community development, environmental justice, and the political ecology of landscape change, with specific attention food, energy, water, and public health.
Walid Salem: Ph.D. Candidate in International Relations at Near East University - Northern Cyprus. Author of more than thirty books, and a university lecturer on democracy, human rights and conflict resolution.
Zeina Abu-Meita: Researches the application of technology law to economic equality and human rights. She has a JD and degrees in History and Political Science. She has worked in Public Administration. 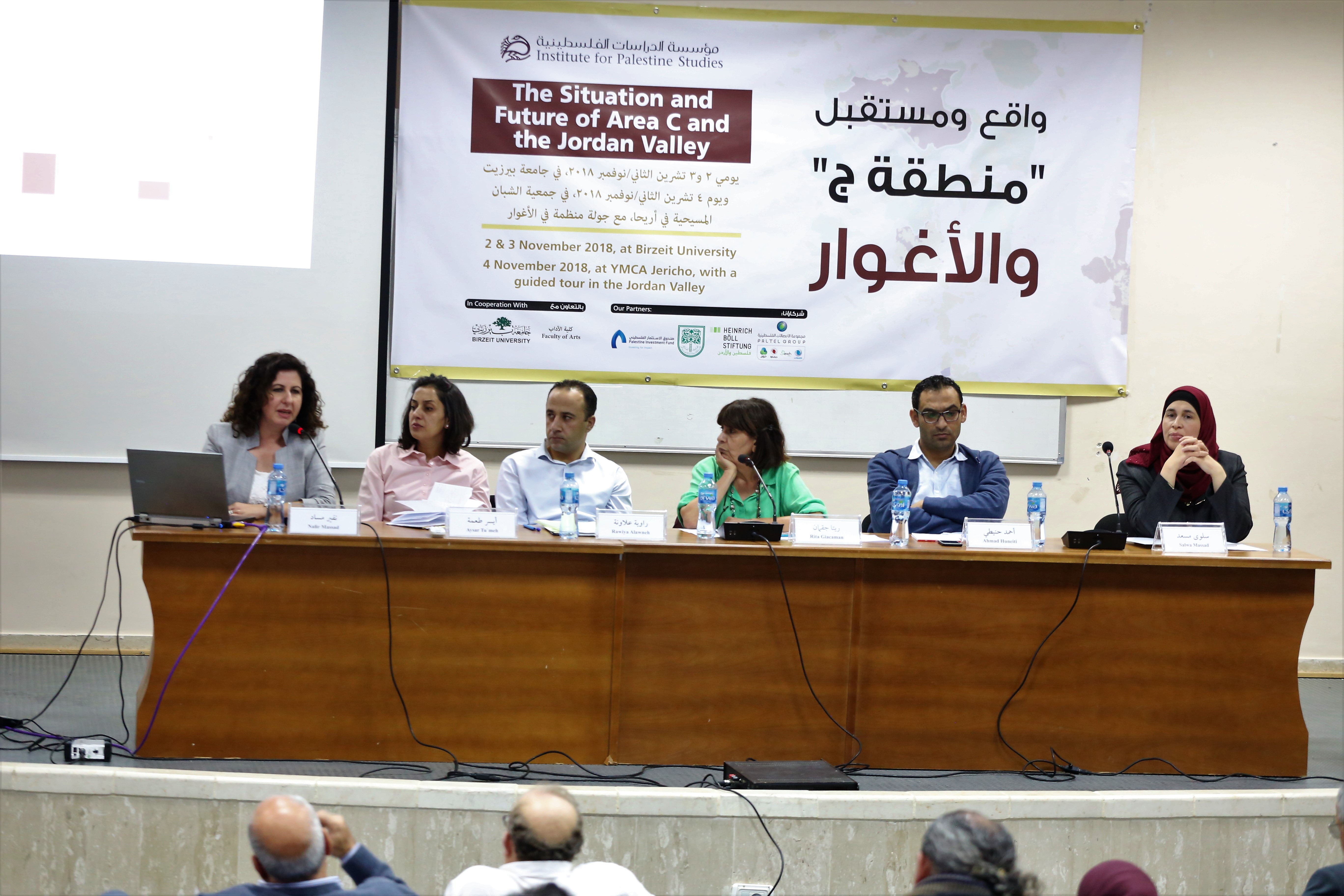 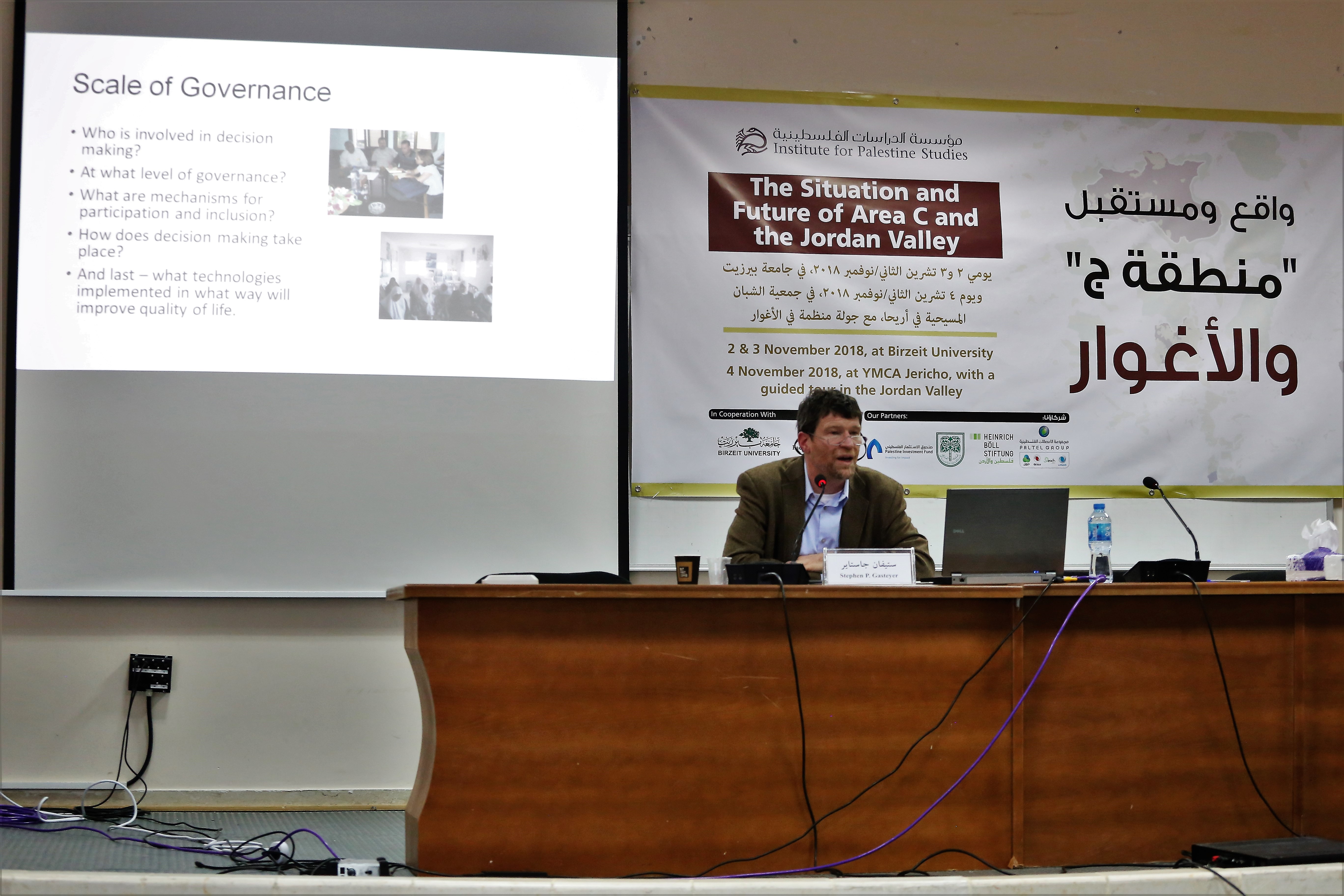 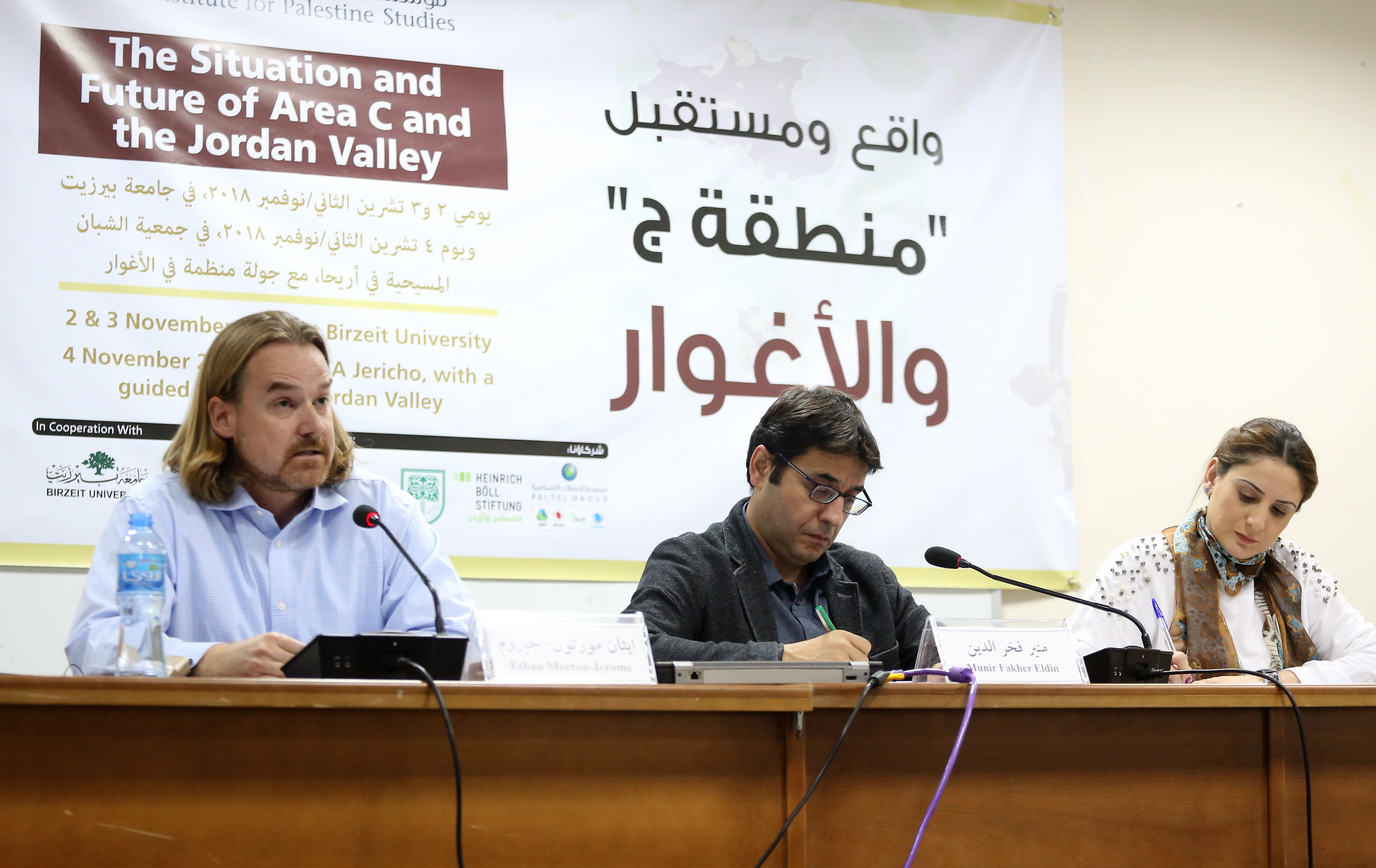 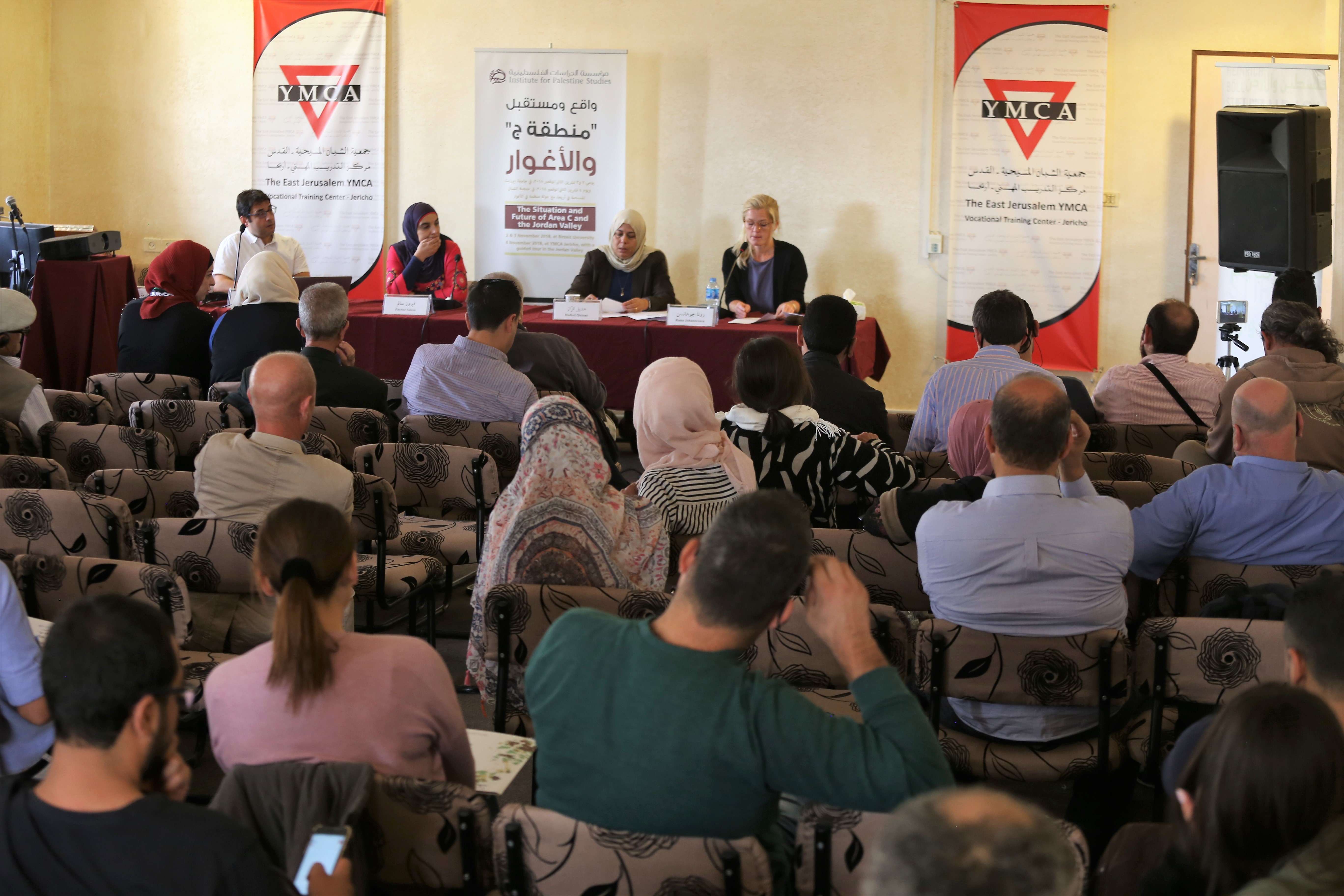 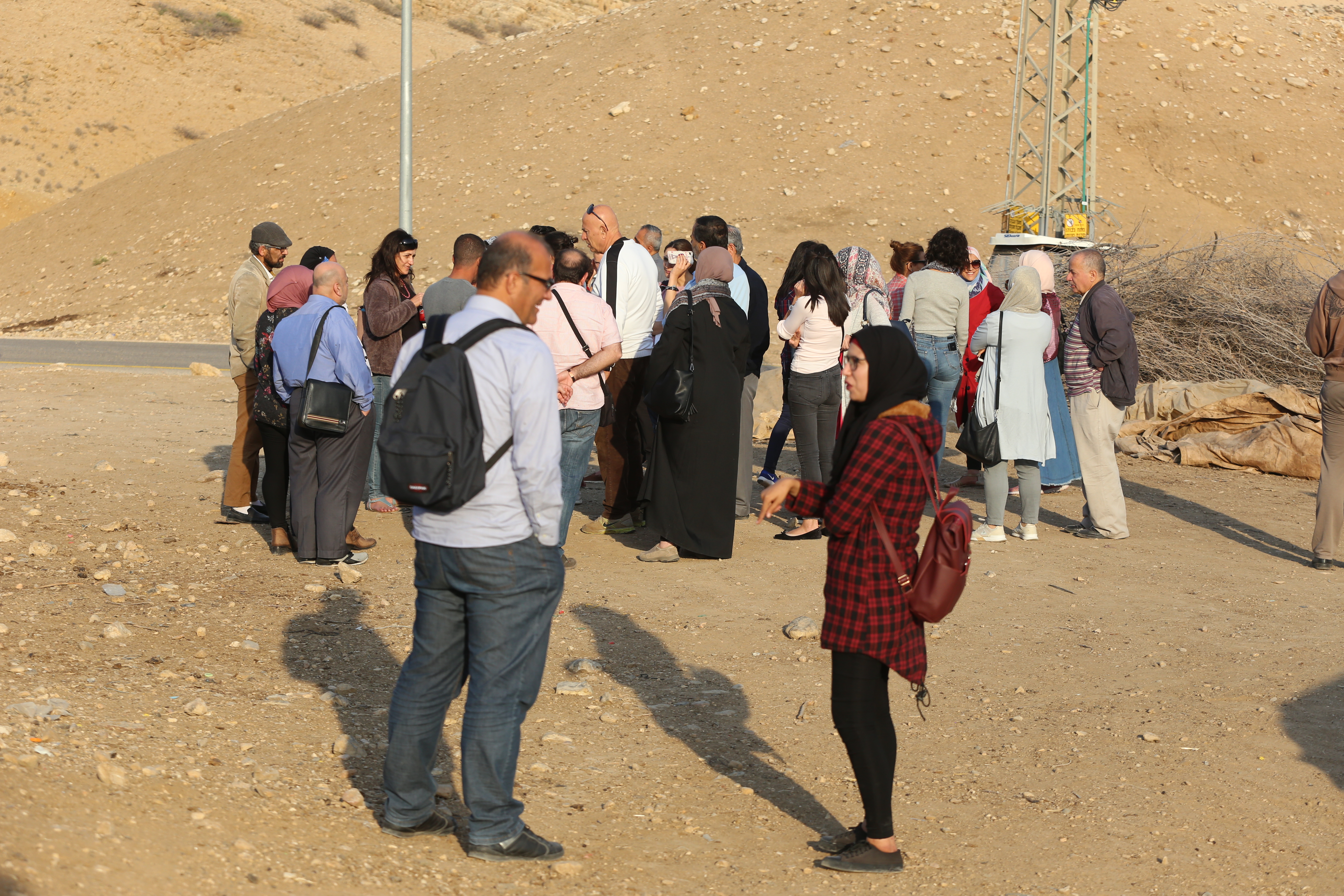 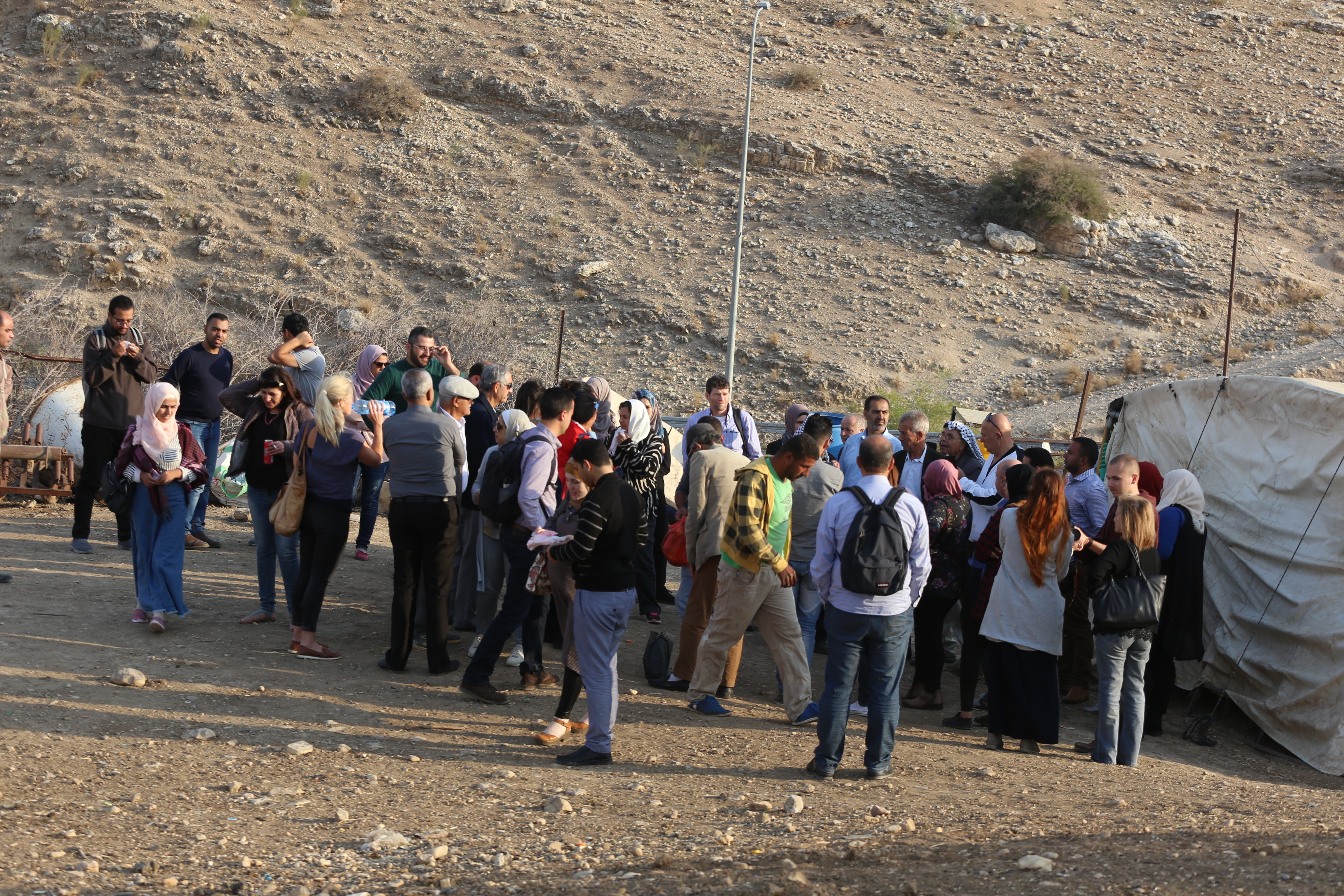